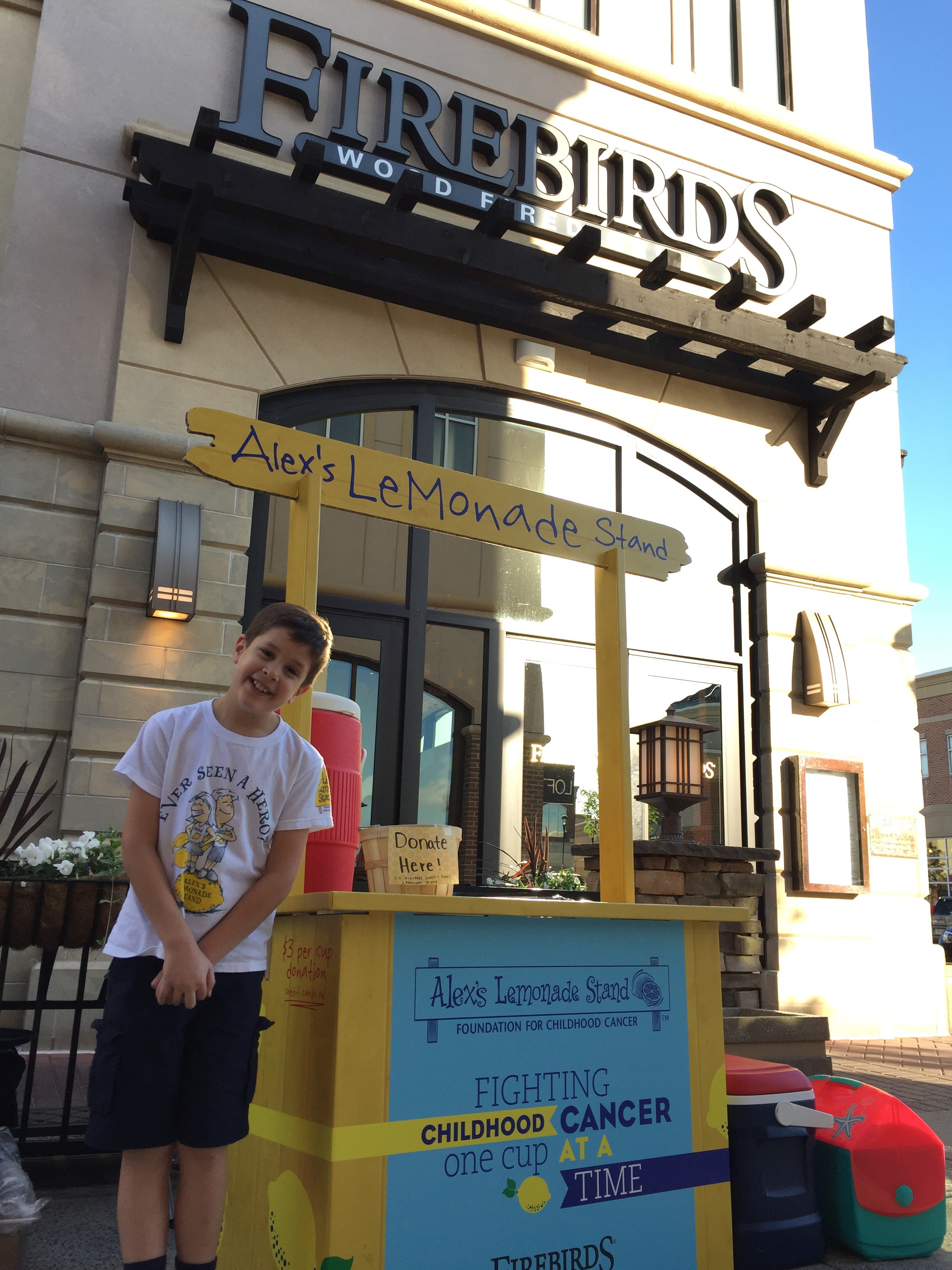 When restaurateur Dennis Thompson opened the first Firebirds Wood Fired Grill in 2000, the notion of giving back was woven into the company’s culture. “It’s in our DNA to be involved with and support the communities where we do business,” says Stephen Loftis, Vice President of Marketing for Firebirds. “It’s simply part of who we are as an organization.”

“Our relationship with ALSF (Alex’s Lemonade Stand Foundation) began when two of our GMs in Arizona decided to sponsor a local golf tournament that was raising money for childhood cancer research. Firebirds was looking to align itself with a charity that wasn’t too large, and one that focused its efforts on children. Lemonade was a natural tie-in since it was already on our menu.”

“In 2012 we met Alex’s parents Liz and Jay Scott who founded ALSF in honor of their daughter, Alex, who succumbed to cancer at the age of eight. There was an immediate connection and we “officially” partnered with ALSF system-wide. Fast forward to today — Firebirds has raised more than $2.6 million* for ALSF and we expect to eclipse the $3 million mark in 2022.”

*To date, Firebirds has raised over $2.6 million to support ALSF.

In each of their 55 locations, Firebirds fundraising efforts for ALSF include:

During ALSF’s annual Lemonade Days tradition, Firebirds employees host lemonade stands at every restaurant location where they raise awareness and money for ALSF.

The Lemon Ball: Firebirds is a Diamond-level sponsor of this annual fundraising event which includes sending 20 staff members to the ALSF gala in Philadelphia. Every year, they come back so inspired to help eradicate childhood cancer.

Firebirds guests appreciate the partnership, too. “Many tell our servers that it is one of the reasons they continue to come back to Firebirds (in addition to our great food) and it’s a direct touchpoint that connects our staff with our guests in a meaningful way. ALSF is prominent on our menus, on our website and on our social media channels.”

Finally, when asked about the ROI of giving to a non-profit each year, Loftis replied, “While it’s hard to quantify a direct ROI, it definitely plays an important role in our recruiting efforts, particularly among millennials, which happens to be one of our fastest growing demographics of guests and staff. This is not so much a brand strategy as it is a corporate philosophy.”